As I rise above the ground somewhere in the centre of Athens, my phone starts chiming hard. It’s the third call from Dimitra reminding me once again that I am late. I figure it is time to answer.

“Morning! I am steps away… I just need to find the entrance.”

“Hurry up! It’s almost our turn at the queue”, she mumbles.

It is the fourth year that the Open House project takes place in Athens. Open House is an institution for the promotion of architecture. The public is kindly invited to explore and understand the value of architecture and naturally one must respond to such invitation. Sunday’s adventure involves exploring private and public spaces through Athens that participate in the initiative with architectural tours. Hooray! 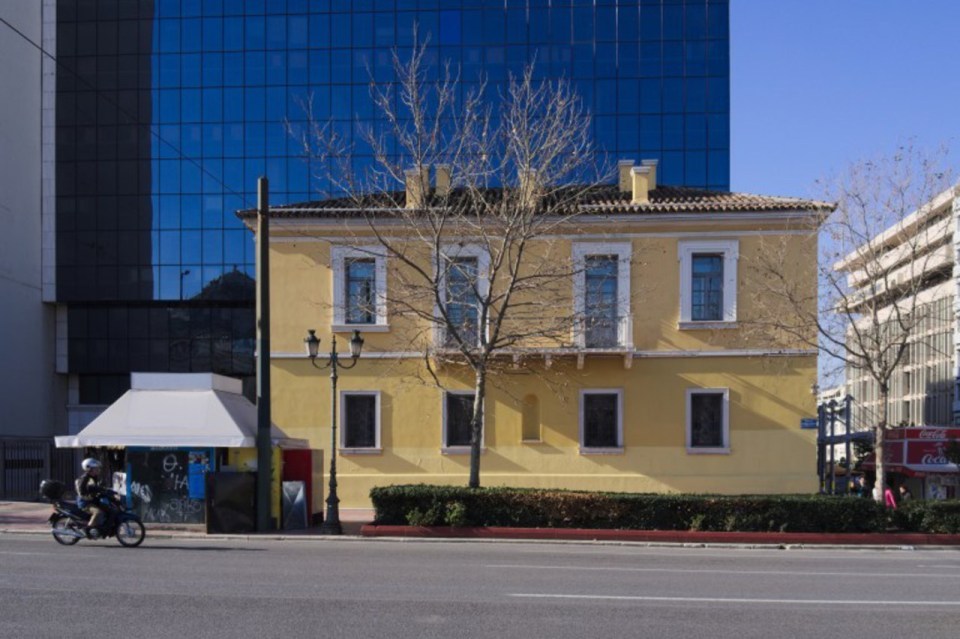 The residence is one of the really few architectural samples from the Ottonian period. The land was bought from Stamatis Kleanthis, a very famous architect in 1835. Kleanthis was to incorporate the land in his urban plan for Athens. Athens and urban planning don’t go well together so the land was sold to the Soutzos family. The family had Kleanthis build a two story building and lived there until Dimitrios Rallis, the Greek politician and prime minister, acquired the residence. 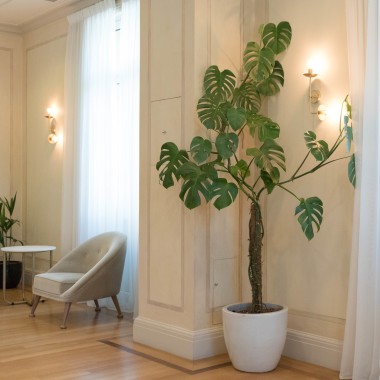 After that, the residence changed owners but the full list could not be reliably confirmed. At a time it hosted a greengrocer’s and later occupied by anarchists who painted it completely black. Fortunately no permanent damage was made. Now the building is considered a landmark and it is used as office space for the insurance company Eurolife ERB.

If you warm up with a personality like Rallis, the library of Aristotle Onassis seems fitting. Onassis was a legend. He amassed the world’s largest privately owned shipping fleet and was one of the world’s richest and most famous men. He always stayed classy and was always connected with very important women. For starters he married Athina Mary Livanos, a great shipowner’s daughter, had an affair with Maria Callas and finally married to the widow of late American President John F. Kennedy. Given all that, it is understandable that the line to the library bearing the man’s name was almost an hour long. 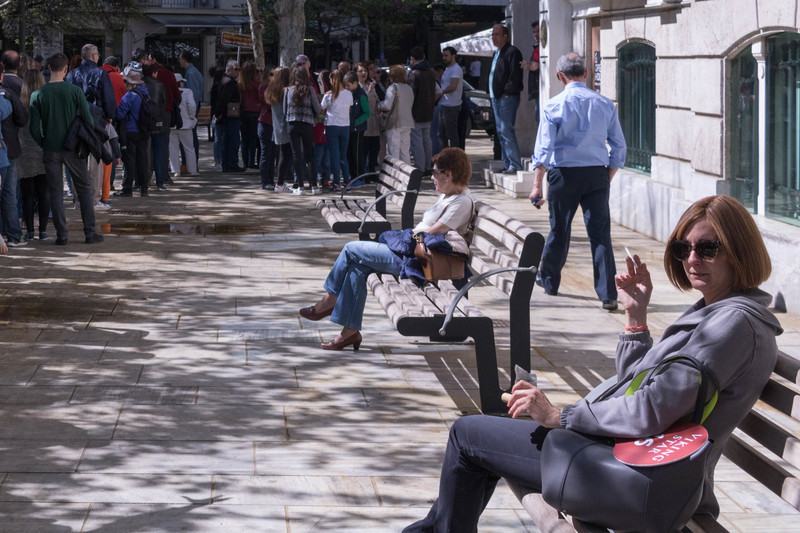 This wealth of books belongs to Hellenism and to those who wish to know more about the contribution of Greek thought to the global scene.

Shocking, dear reader. The collection inside is not the collection of Aristotle Onassis. How deceitful and not exactly the fun you would expect from reviewing Onassi’s taste in books. Grab a torch and queue the violence!

Listening the guide I realise that, at least it is still a famous book collection. I hide my imaginary tools of terror and move along.

The one who compiled the 3500 book collection residing in the building is none other than Konstantinos Staikos. He was an architect and book historian so the story remains interesting though I still can’t forget the treason. The space was designed by Staikos himself and consists of three interconnected spaces.

The whole floor has that old money feeling you get when you come across well aged oak furniture and big chandeliers. Walls are decorated with carefully selected paintings that are simple yet tasteful.

In the middle of the library, sits still the piano that Maria Callas used to play in the famous yacht “Christina” of Aristotle Onassis. This is history people!

Behind the piano sits The New Political Constitution of the Inhabitants of Roumeli, Asia Minor, the Islands of the Aegean and the Principalities of Moldavia and Wallachia that Rigas Feraios made. He was a really active guy who wanted to unite Balkans against the Ottoman empire through his works and this was his biggest one. 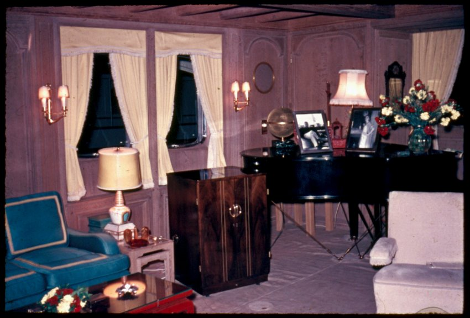 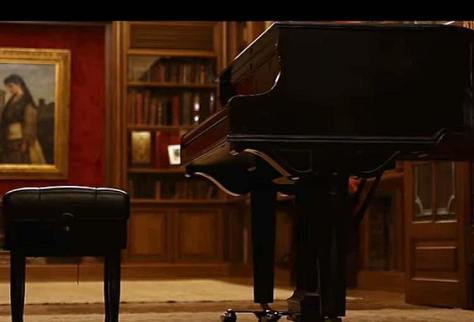 With all those inspiring personalities coexisting in one place one could feel overwhelmed. For me it is similar to my favourite movies. One excitement after the other.

What? This is how I relax!

I also relax with food and alcohol. Neglecting those things it is a beginner’s mistake in Havinggoodtimeland that will get you nowhere pleasant. But like amateurs our fellowship is off to a final destination before lunch.

The word was out for an apartment that was open during the project. The website described it as a “modern vintage blend” apartment. That meant a renovated 70s apartment that has kept some of its old elements. Even for hungry me, that is intriguing. That me however is not ready to experience the slowest queue of all times.

I argue for an escape but a kind gentleman explains that this is his second time visiting. If someone goes through this nerve-wracking thing twice and it is his choice he is either mad or the apartment compensates for the queue somehow.

So we wait and wait and eventually we climb the holy staircase to the second flour. We pass the doorstep and we are welcomed by the architect herself. I can’t help but feel like The Chosen One in the renowned Matrix Reloaded scene when I realise that others have met The Architect before me. But so be it.

The house is amazing and ingeniously designed. It is a blend of recent times with designs ranging from the 70s to today and full of practical choices. I am not an architect but I know what I like.

Sadly, photography is forbidden in that realm but hey, this is the internet. Check out the apartment on the architect’s webpage.

While you do that imagine me washing down Mexican dishes with Margaritas. It is realistic and funny at the same time.

The pictures of Maria Calla’s piano were shamelessly snatched from a web search.

Special thanks to Angelos, Dimitra and Vivi for the company!