That was me checking twitter two nights ago while getting ready for an exam.

I jumped from my study and fired up the TV.

Alexis Tsipras announced that there will be a referendum next Sunday on whether to accept a deal made by the three institutions or not.

The government asked people to answer no while not explaining what that means. Most experts however agree that this will lead to a Grexit.

All this happens while the current program, thus life support of Greece’s banking system, is ending on Tuesday with institutions refusing an extension.

I froze and went for a walk to see an image like the one above at any ATM around.

This is a historic moment. We moved from 40 years of govt opportunism, to 5 months of govt amateurism that end w a big bang. #Greece

That created much panic. For two days there is a continuous bank run. 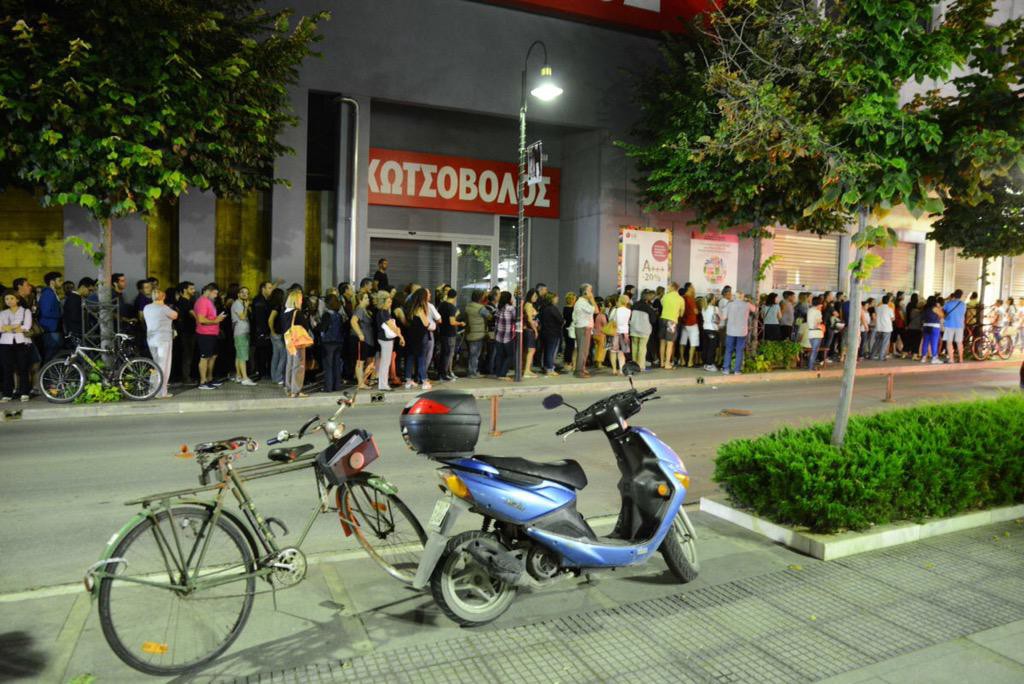 That means older people who don’t have a debit card cannot get their pension on Wednesday.

People went on crazy mode. In addition to the bank run they buy food and top up their fuel tanks.

The situation is fucked up and things are happening all the time.

There are many theories on what is the plan of the government or the possible outcomes. In any case, the people who are going to decide the future of Greece are in great shock and the decision they make should be thought through.

Myself I am furious.

In a very difficult time for Greece the government decides to divide the people and play dice with their fate without having a plan and acting plain stupid and irresponsibly. Also they are giving people 7 days to decide on something that is their responsibility to negotiate and decide for 6 months now. They are cowardly playing hot potato with the people and dress it as democracy at the end of the cliff. 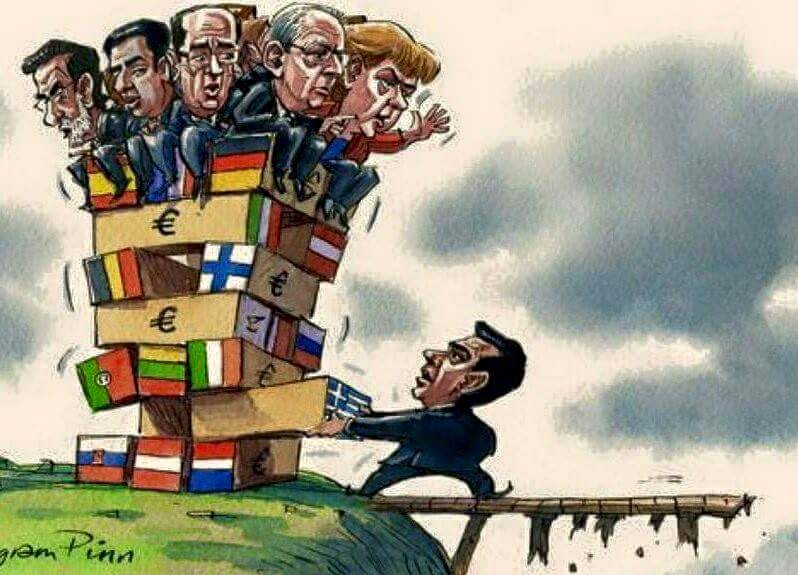 If this is a negotiation tactic or one of Varoufakis famous game theory tricks, the risk and the cost are just too high. Even if it works there will not be a huge gain if any. Also trust in Greece is lower than ever. Specially when we are at the verge of the summer, the most prosperous time of the year for Greece. This is bad. People will suffer and will be our fault and no one elses.

Many believe that Syriza’s plan from the start was to lead the country out of the euro and try to pull a Chávez in Greece. This is way different from what the citizens asked him for. I did not believe this at first but now I can’t understand the logic if there is one.

Even if I really hoped at first, I’ve came to believe that they are just plain stupid cowards with no less appetite for power than anyone else before them. The difference with the previous governments is that they have no damn clue what is happening.

The only thing we can do is hope for the best, whatever that is…