Jessie is not a person.

Jessie is the new stable release of Debian. And maybe it will get Debian to be my Linux operating system of choice.

As you may know I use a MacBook Air and I am happy with OS X.

To increase my disk space I got a 240GB SSD from OWC and for almost a year the system was humming fine.

Last week I experienced freezes and discovered that the SSD was under extensive heat. I swapped it for the old one and realised that I should shrink my space requirements until I know what’s happening with the old disk and how to fix it.

Put Linux on this thing!

I’ve mostly used Ubuntu and Arch in my past computers.

Ubuntu mentioned on it’s wiki that there was some problems with my model. Also I can tolerate Ubuntu’s Unity but that is not to say I am fond of it. Suddenly I remembered that Linus Torvalds uses Fedora on his MacBook Air. So I gave it a shot.

I could not find an image that included the Broadcom drivers for my wireless card so my installation required a few more steps. Extensive heat, Gnome 3 and the random clicking from the trackpad made me give up in an hour or two (mostly Gnome 3 though).

Then I found out on twitter that the latest stable Debian release (codenamed Jessie) was out on Saturday. What a coincidence that on Saturday was my birthday!

I found a Debian image that included the non-free packages and I installed it on my whole drive.

The famous Cinnamon from Linux Mint was available as a choice so I used that.

Now I can say I am thrilled!

The last time I tried to install Debian I ended up with an unusable computer. Now on of the least supported notebooks on Linux it ran fairly well.

I tuned the touchpad as a point and shoot device removing the fancy stuff and followed some guides to prevent some interrupts that were going crazy on Mac while on Linux and the thing was more than usable.

Even the display port worked seamlessly!

Not to say there was no problems.

Battery life was not good. 3 hours compared to 5ish on OS X with moderate use. The touchpad in the configuration I had was not so pleasure to work with and there was excessive heat and fan spinning for simple tasks.

A day latter I did a clean install of OS X.

I needed the battery life and a trackpad that does not crack my nerves as I bus-travel a lot every week.

However I am very impressed with Debian. I can even recommend it to Ubuntu users and enthusiasts. It is a legit choice if you want something almost as stable as Arch with the compatibility offerings of Ubuntu.

If I don’t grab a MacBook for my next computer (Surface Pro please become cheaper), it will probably dual boot with Debian! 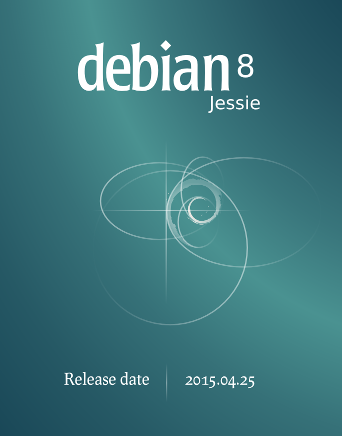