Recently we had the chance to show some kids what Electrical and Computer Science Engineers do and challenge them to tackle a problem in their school.

And boy that was awesome!

I am a board member at the IEEE Student Branch of the University of Patrasand with some other members we decided to implement an IEEE program called TISP. And we believe we nailed it!

We contacted a lyceum close to our uni. They heard us and they decided they would like to work with us.

First step was to get some kids to one of our events.

It happened so our next programmed event was “Robotics & 3D Printing” which would be an awesome demonstration!

Here are some photos from there. 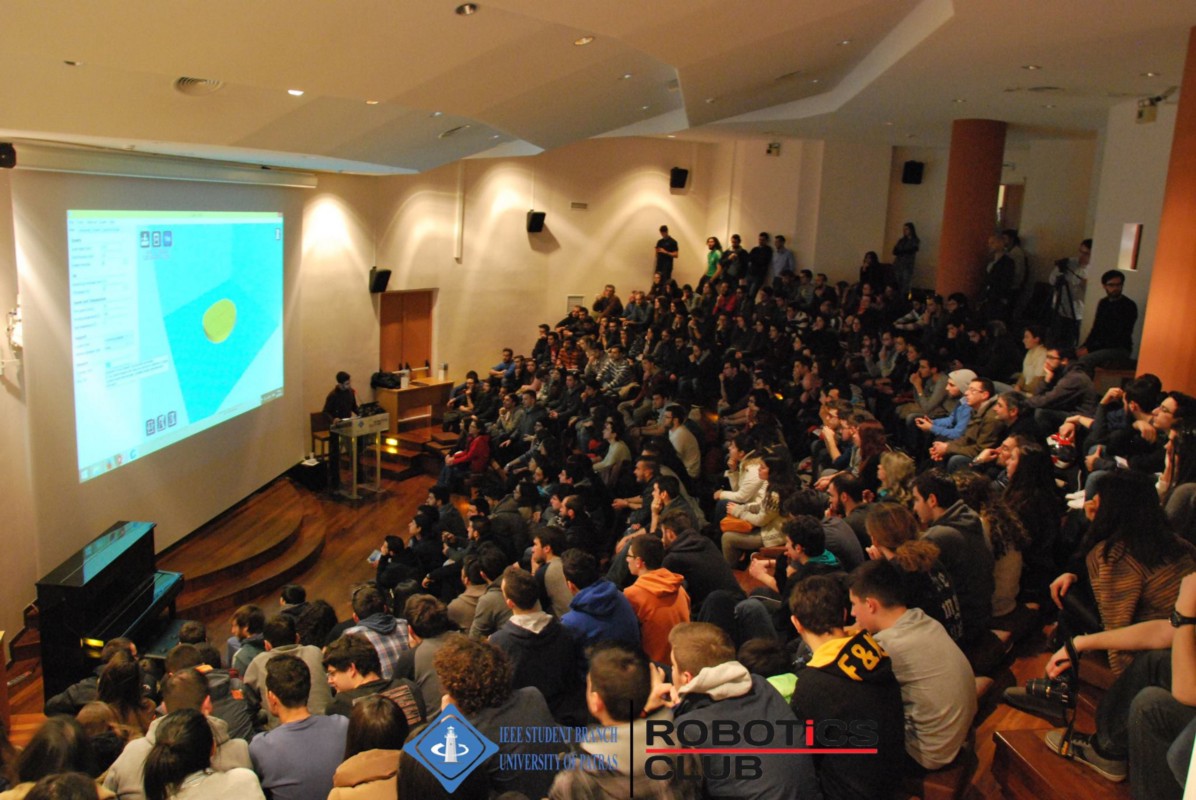 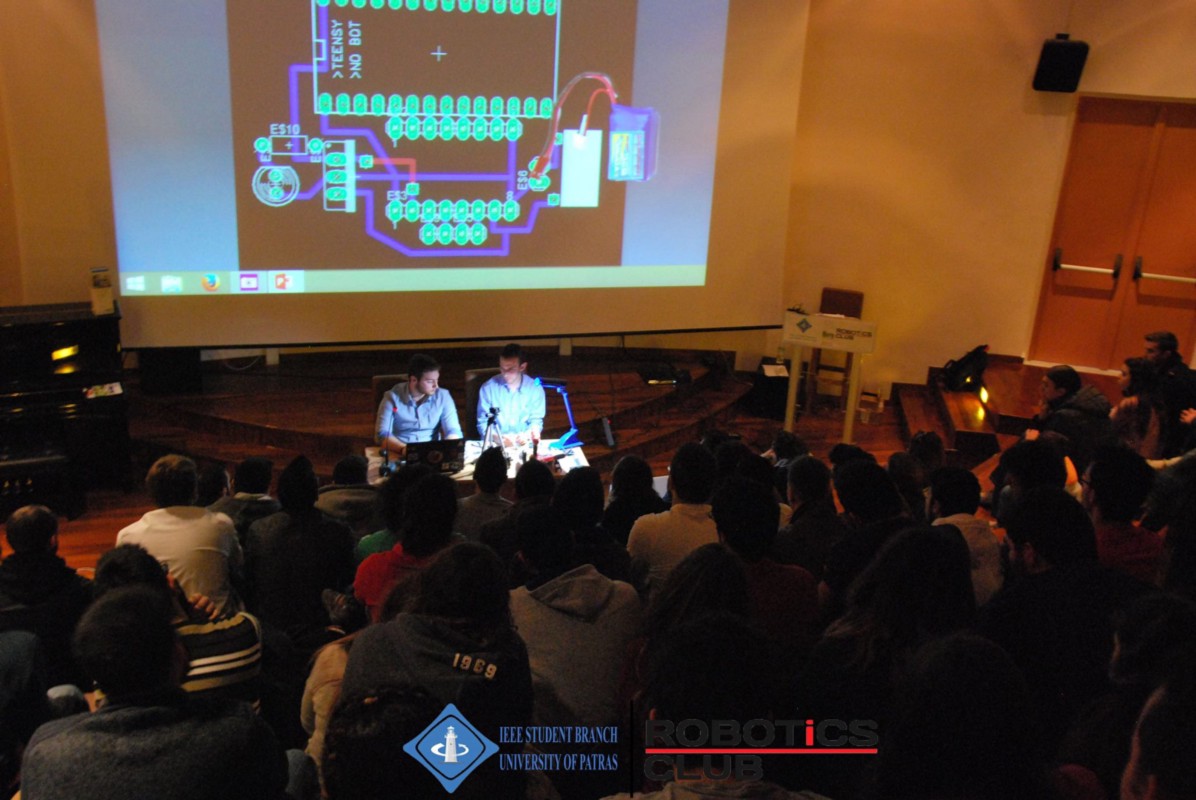 So it was our turn to get on their school. We prepared our slides and a surprise activity.

The teachers organised a limited student event with 25 people max so we could be as effective as possible.

As we learned, we already had created high expectations and some kids escaped their classes to attend our event resulting to an audience double in numbers from what we expected.

That made us super happy and anxious at the same time. We had 2 hours to do so much! 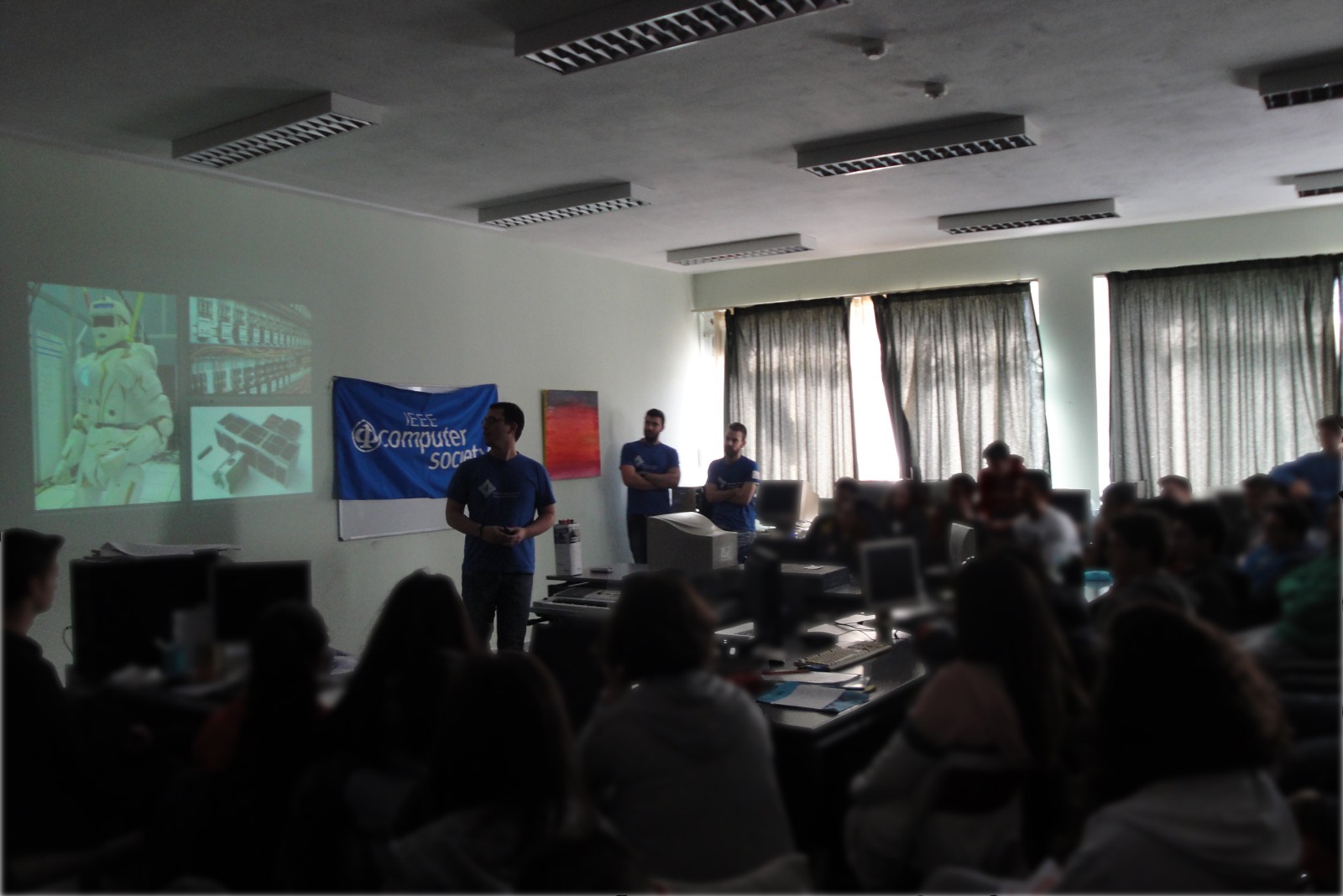 Algorithmic problems, circuits and robots were flying in front of their eyes.

Kid’s were hooked from the first minutes and they made some interesting questions.

Then it was project time!

The theme was a cliche but it really worked.

Kids formed teams and were asked to: 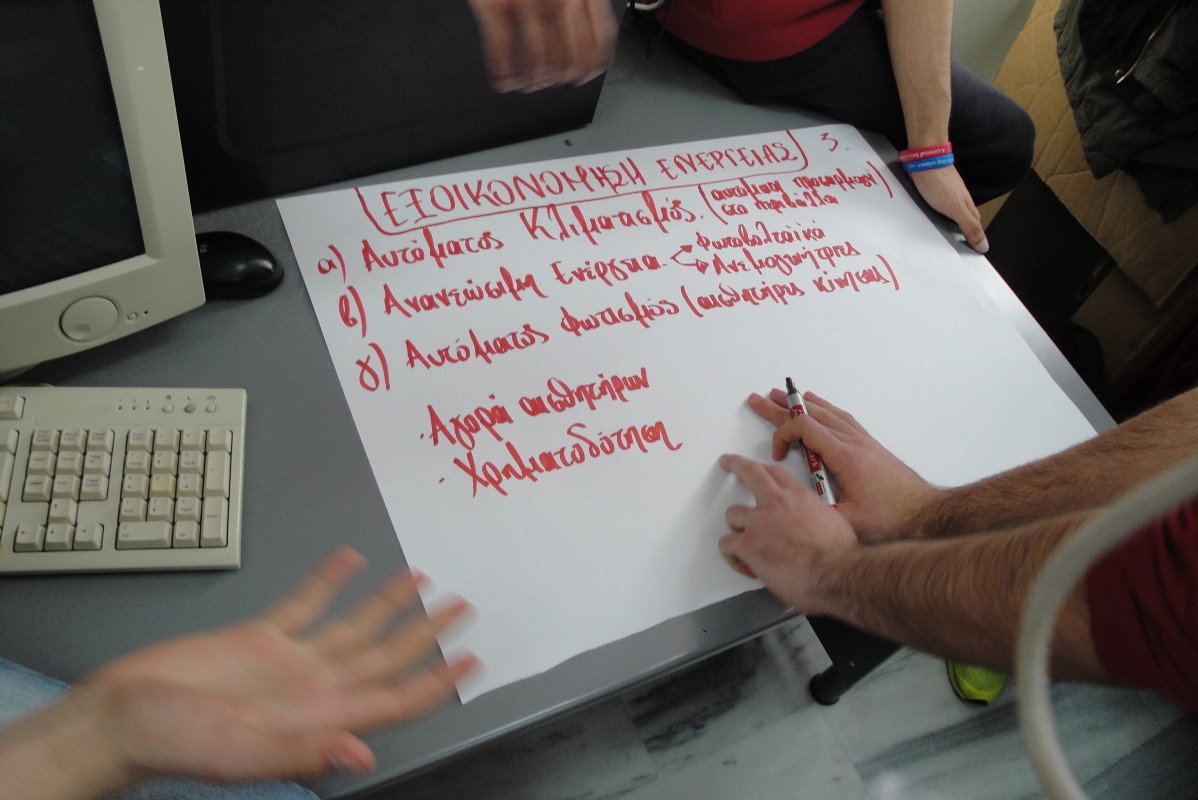 Very original ideas came up from e-learning to energy savings and school security.

One particular team pinched my interest. The kids that seem to have little to no interest for school.

The irony was that they proposed a solution to a problem that they mostly create, which is class skipping.

It was an actual problem in schools and their solution was one that could be easily implemented, had little to no adoption curve and was chosen between other good solutions (some of them unorthodox).

The teachers were very impressed too! These boys are a real challenge to keep as an audience for 10 minutes in a regular class. And then you see them attached to something interactive like this for two hours!

Next day was awesome too!

I had prepared a Python workshop for another class.

We did some basic stuff and at the end I guided them through creating their own simple web app using Wolfram Alpha and IMdB to get the IMdB links of the best selling movies of the year they chose.

You can see it as a heroku app here!

They saw they could go from Zero to Hero in no time and Wolfram Alpha (a tool that we use regularly as engineers) was in their arsenal to play with.

We started packing to leave and we spotted a girl studying the equation plots of a RLC circuit on Wolfram Alpha.